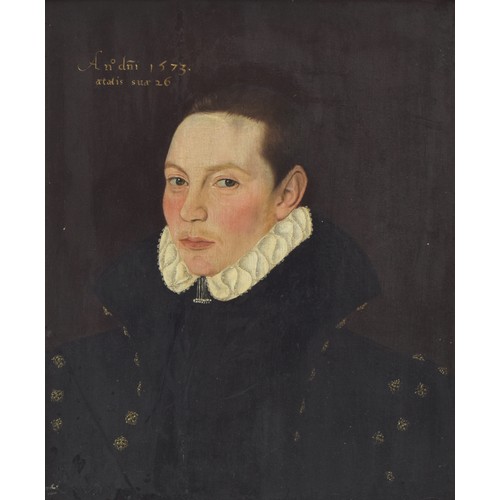 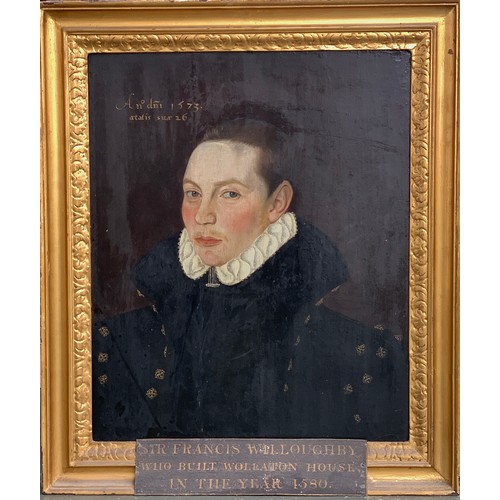 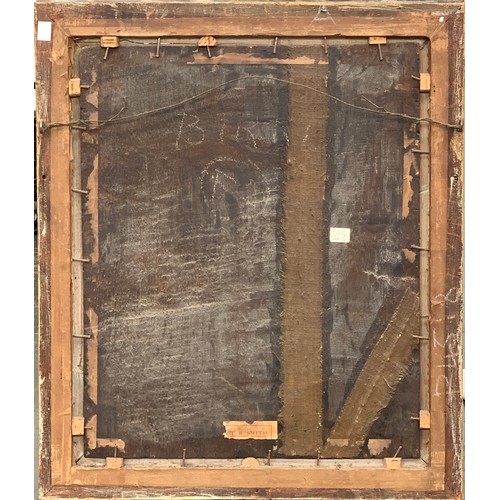 Provenance: by descent through the Birkin family who married into the Willoughby family - Cecil Edward Willoughby born 1851 married Harriet Birkin born 1864, daughter of Sir Thomas Birkin, 1st Bt. Long understood by the family to be by Gower.

Francis was the second son of Sir Henry Willoughby and his wife Anne, née Grey, and was probably born at Woodlands in Dorset.

His father inherited the Wollaton and Middleton estates on the death of Sir John Willoughby in January 1548/9, but died in August the same year while fighting in Kett's Rebellion. Francis's mother had died the previous year, and Francis spent the early part of his childhood being looked after in Essex by his guardian and uncle, George Medley. His other uncle the Duke of Suffolk, guardian of Francis's elder brother Thomas, was executed in 1554 following the failed plot to place Lady Jane Grey on the throne, and Medley was incarcerated in the Tower of London for a short time, bringing more confusion to Francis's life.

Francis was educated in London, Saffron Walden, and Jesus College, Cambridge. In 1559 Thomas died and Francis unexpectedly became heir to the Wollaton estate (which he came into full possession of in 1564), comprising the two principal manor houses of Wollaton and Middleton. He was knighted in 1575.

Fees apply to the hammer price:

Other Lots in this Auction 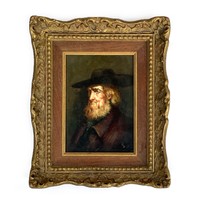 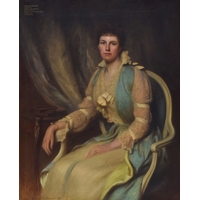